Statement by Cambodia's King in CoP 21 in Paris 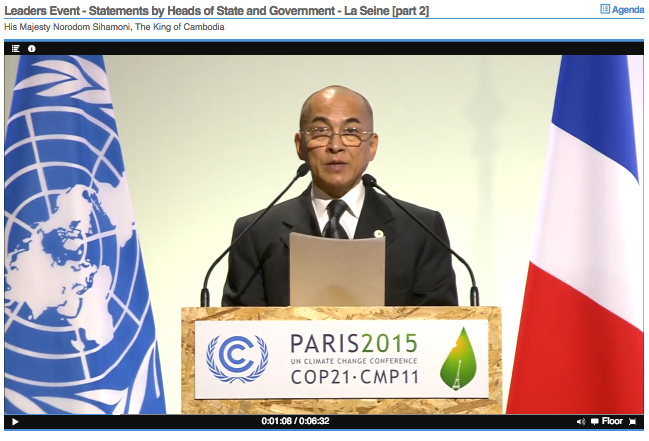 His Majesty King Norodom Sihamoni, chairs of the Cambodia’s delegators, delivered statementin the Leader Event of the 21st Conference of the Parties under the United Nations Framework Conference on Climate Change in 30 November 2015 in Paris.